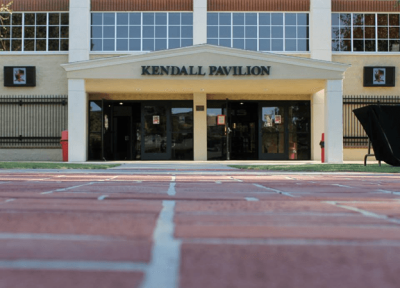 After years of walking the hallways, participating in athletics, and performing on stage, you left your mark on VCS. Now, we are proud to offer a new way for you to leave a legacy on this beautiful campus for future generations.

As part of the Legacy Campaign, our ambitious campus-wide fundraising effort, we are thrilled to announce the Alumni Initiative, an exciting way for Village Christian graduates to give back in support of current and future Crusaders. After launching the Legacy Campaign in 2019, we are nearing our goal of $3.3 million dollars. This money has already been put to good use to improve facilities, revamp classrooms, add on-campus amenities, and implement new and challenging programs.

To commemorate the generous contributions of donors to the Legacy Campaign, personalized bricks have been placed in our historic cross at the center of campus. By participating in the Alumni Initiative, you will join many of your fellow VCS graduates in helping us reimagine the Christian school of the 21st Century – academically, artistically, athletically, and spiritually. You will also be included among the names listed to the right, who have already given to this valuable cause.

We ask that you prayerfully consider the Alumni Initiative. If you have any questions, please contact development@villagechristian.org.

Tax deductible donations are accepted on the school campus in the Development Office or via traditional mail at the address below. If you would like to make a donation with your VISA, MasterCard, American Express, or Discover credit card, click on the Donate Now button to make your secure online donation. When you click the button you will be connected to a different website. Village Christian uses Diamond Mind's secure web servers to process donations, so you will see their web address in your URL rather than ours. The information provided by you will be used only by Village Christian and its staff to process your donation. For your protection and security, Village Christian does not store your credit card number.