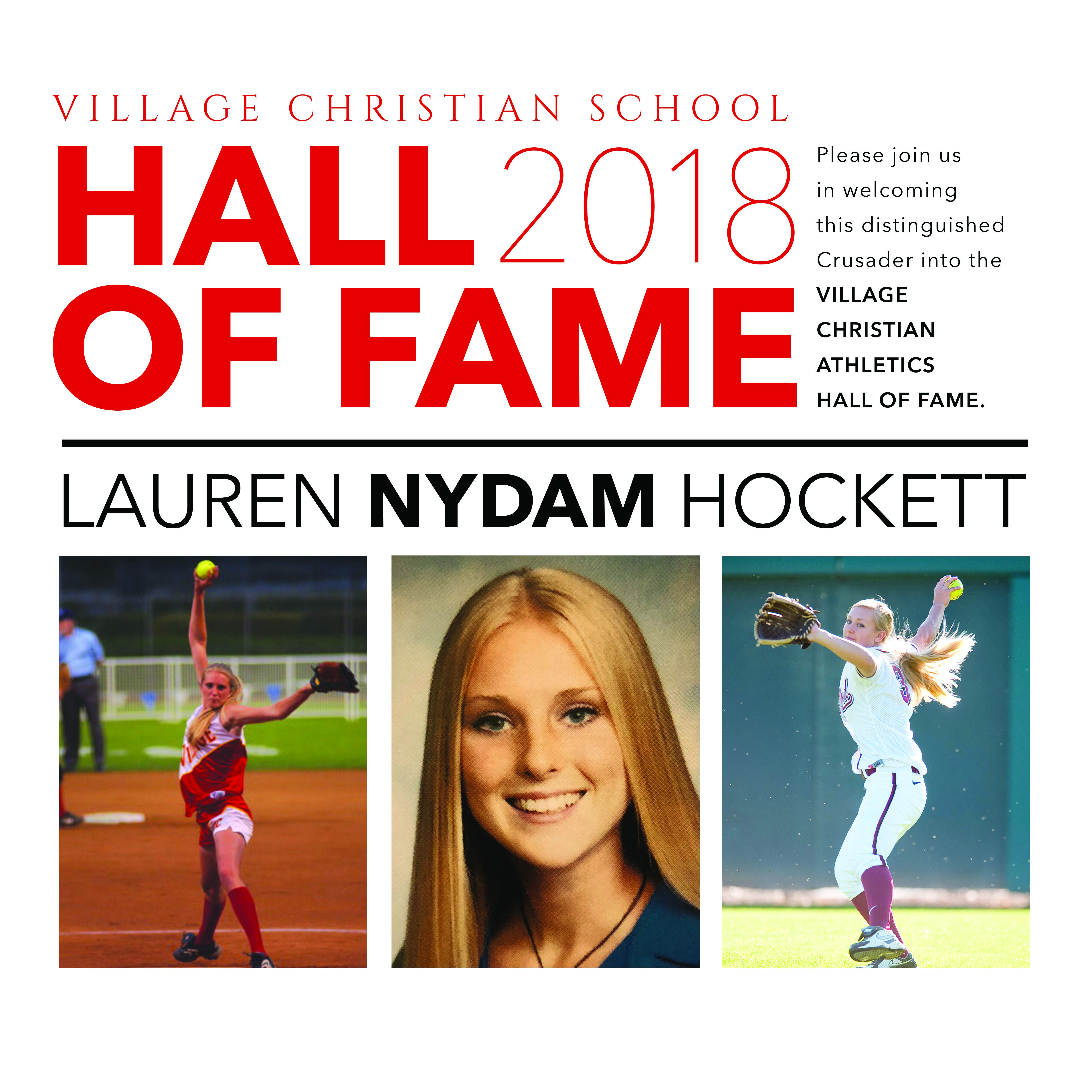 Every year during Homecoming, we have the privilege of inducting standout student-athletes into the Village Christian Athletics Hall of Fame. This year, we are proud to induct star softball pitcher Lauren (Nydam) Hockett from the Class of 2004.

Hockett was a four-year starter for the Crusaders, tallying an incredible 0.38 career ERA with 39 shutouts, 12 no-hitters, and seven perfect games. She finished with a 65-21 overall record, and helped lead VCS to the 2003 CIF-Southern Section championship – the first CIF title for the Village softball program.

“I am honored to be inducted into the Hall of Fame,” Hockett said. “My time playing softball at Village was my favorite part of my athletic career due to the camaraderie and closeness of the team, because we prayed together before our games, and because of how involved my family was with the program.”

The four-time First-Team All-CIF-SS selection and LA Times Pitcher of the Year (San Fernando Valley) went on to play at Stanford, but after posting a top-10 all-time freshman season for the Cardinal, she suffered a career-ending injury during training.

Hockett is married with two children and works as a patent attorney in the San Diego area. Please join us in welcoming this remarkable Crusader into the VCS Hall of Fame.