After two years of not having a girls soccer team, Village Christian launched the program once again last winter. The team was largely composed of ninth graders who had previously played for Village Christian Middle School, and decided to stick together rather than transfer to other schools with established programs. Although the young team played several close matches, it was unable to come away with a win this season. The experience was invaluable, however, and the team plans to make a run for a CIF-SS tournament berth in 2020-2021. 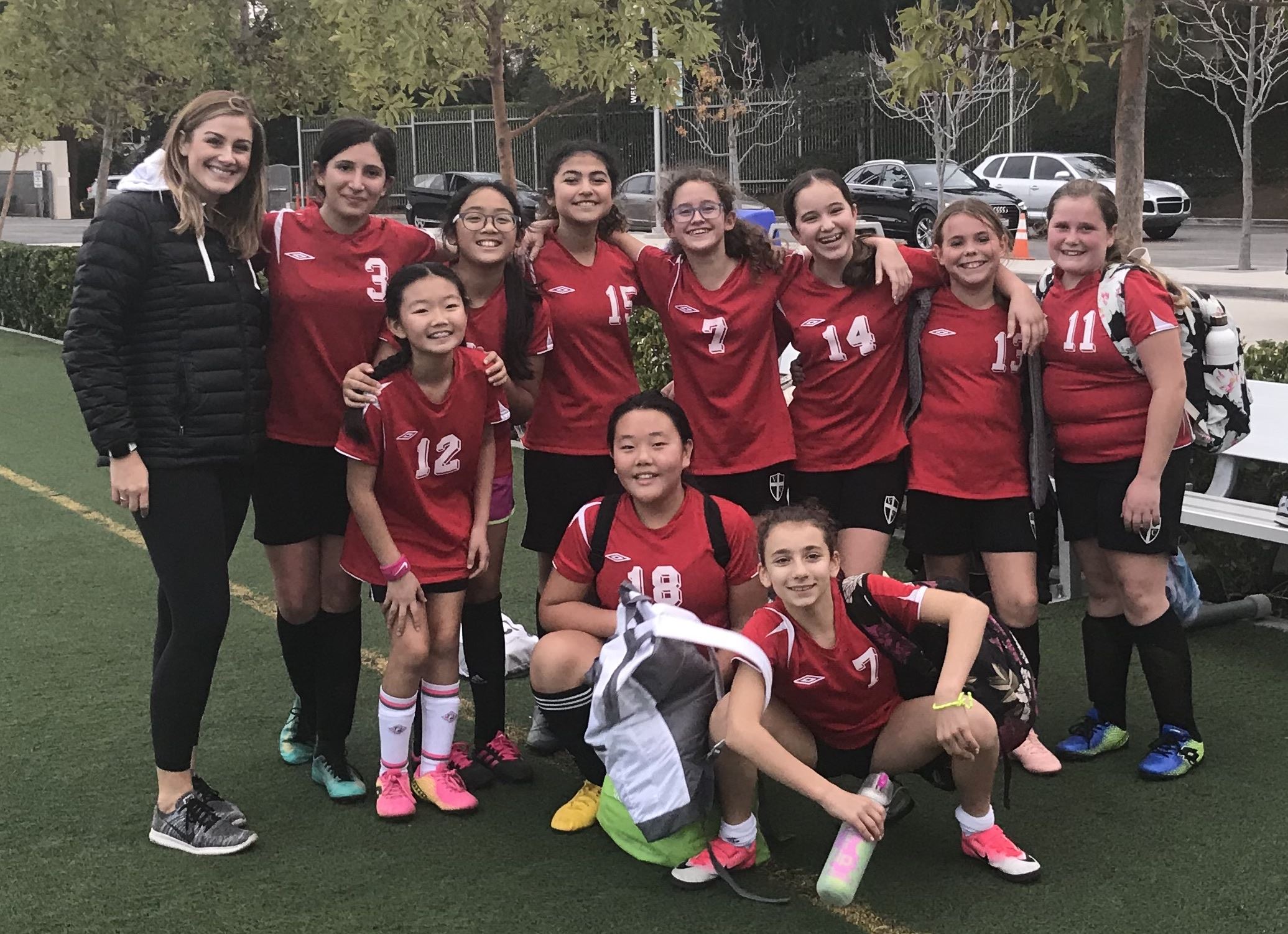 Coach Kellie Morgan started coaching while she was in college assisting the varsity girls at Verdugo High School. Since then she has graduated college, got married and started a family. She coached middle school girls soccer for Village Christian in 2018, and realized VCS needed a high school girls team so that these girls could continue to play once they graduated the eighth grade. She needed to take the 2019-2020 season off as a head coach due to her pregnancy, but is going to be back as the head coach in 2020-2021.

She attended Village as a “lifer” from kindergarten all the way through 12th grade. She has been playing soccer since she was 3 years old, and started playing club soccer at the age of ten. She also played several years as a Crusader, before tearing her ACL in the last game of her senior season. Her love for the game endured in spite of her injury, and now she is thankful for the opportunity to pour that love into others.

She met her husband while in high school at VCS, and her mother in law works as a third grade teacher in the elementary school. Her oldest daughter now attends school at VCS. So, to say the least, Village is a big part of her family. She looks forward to getting out on the field and developing a strong program for high school girls to learn and grow as a team and as individuals.