Every year, film festivals across the nation feature finely tuned passion projects by up-and-coming talent. Selection to any one of these festivals is an honor and could do wonders for an aspiring filmmaker.

And that’s exactly what a group of talented Village Christian School graduates have achieved.

“Playground” by Soren Persing (Class of 2014) and “A Timeless Captivation” by Aidan Benitez and Austin Wolff (both Class of 2015) have been nominated for Best Picture in the LA County Student Filmmakers category at the Burbank International Film Festival, while “Divine Liquidation,” also by Benitez and shot by Jesse Hanckel (Class of 2015), was selected for AAHSFF.

The Burbank International Film Festival will be held Wednesday, September 9 through Sunday, September 13, with screenings at the AMC Theaters in the Burbank Media Center [click here to purchase tickets]. AAHSFF is October 9-11 at AMC Empire 25 Theaters in Times Square.

“It is such a thrill that they are getting the recognition for their excellent work,” said VCS Theatre Arts Director Thom Babbes, who taught the students’ Advanced Media Production class. “I am so proud of them. They worked hard, and now they get to reap the reward.”

For Benitez, who is currently in film school at New York University, making “Divine Liquidation” was an opportunity to build his confidence and professionalism, he said, further growing his love for directing.

So to be honored by both prestigious film festivals for two of his pieces only compounds his artistic accomplishments.

“The biggest impact these nominations give me moving forward is confidence,” Benitez said. “They give me confidence in my future films and my ability as a filmmaker.”

“Divine Liquidation” is a short story based on the Book of Job about a hard-working, young, and loyal employee who is sent into a sudden and unwarranted downward spiral that causes him to question his loyalty to the company and his mysterious boss.

“I want to be a director because I want to show audiences things they have never seen before,” Benitez said. “I want to make people think about what they see in a new light that I hope to provide. I want to evoke emotions people didn't know they had.” 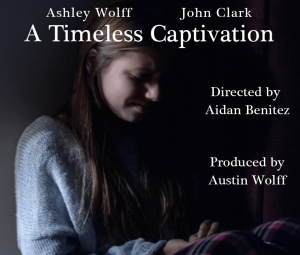 That mentality carried over to “A Timeless Captivation,” which was written by Wolff and directed by Benitez. The film tells the story of “a little girl, Britney, who is trapped in an old man's house, seemingly being held hostage,” said Wolff, a former actor and current screenwriter. “Then, once the old man's daughter walks in and sees the hostage, the danger becomes even more evident for Britney…”

The film forces audiences to look deeper at a heart-wrenching and devastating family issue.

“It's a wonderful feeling knowing that hopefully more people will be emotionally touched by our film,” Wolff said.

Persing, meanwhile, is no stranger to the festival scene after his films “Samaria” and “3AM” made him the first director in the history of the Sacramento-based Tower Of Youth Festival to have two separate top-scoring films in the same year (2013).

But this year is different for the current California State University, Northridge student, who says he is entering a new chapter in his artistry and made “Playground” as part of a college application. 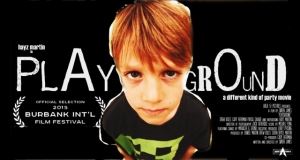 "[Playground is] about a little boy named Calvin, who, after getting rejected by the big kids at the park, decides to tear up the blacktop and have some fun of his own,” Persing said. “We shot the entire movie in five hours with one camera for no money at all on Halloween, the night before the application was due. So safe to say, I was up editing all night. But it was totally worth it, and I've never been prouder of anything in my life.”

“Playground” comes on the heels of “Mirrorboy,” a film Persing refers to as his “artistic awakening,” which caused him to step out of his comfort zone and rediscover his love for filmmaking.

“‘Mirrorboy’ might have been the artistic awakening, but ‘Playground’ was the first movie I made in this new chapter of my life – as an adult,” he said. “That's never going to happen again – there’s only one first time. So, even if it was absolutely hated by everyone who saw it, it would still hold a special place in my heart. But the fact that people seem to really like it and that I still enjoy watching it and that it got in to the festival as a regular comedy short (not as a student film) really just makes it all the more special.”

“Playground” and “A Timeless Captivation” are scheduled to screen during the Saturday, September 12 session, which begins at 10 a.m. at AMC Town Center 6. Tickets to the Burbank International Film Festival are available online.