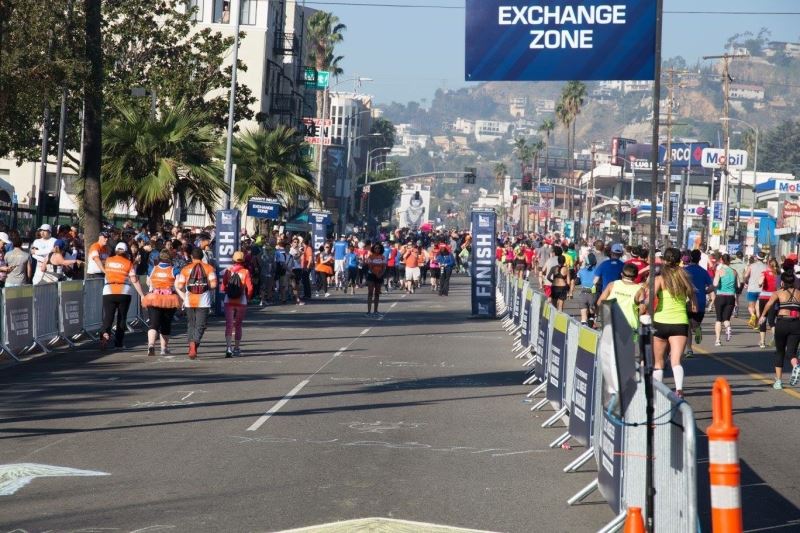 On February 14, 2016, nearly 21,000 people took to the streets of Los Angeles for the Sketchers Performance LA Marathon.

But for 19 people running for Team World Vision (TWV) from Village Christian, the focus was on children in Africa.

TWV is a branch of World Vision focused on clean water projects in Africa. According to the organization's estimates, every $50 donated can provide clean water for one child for life.

This was the third year Village Christian fielded a team to run with TWV, and despite a lower number of participants than prior years, fundraising efforts were the most successful yet.

“Jesus is amazing. He did his ‘fishes and loaves’ thing and multiplied our efforts,” said VCS Spiritual Life Director and VCS TWV leader George Ratchford. “We shared the story that no kid deserves to walk an average of 6 kilometers a day to collect water that is often so dirty we would not even wash our cars with it. Through the sharing of this story, we were able to raise more than $15,000. That's 300 kids – almost the size of our entire elementary school.” 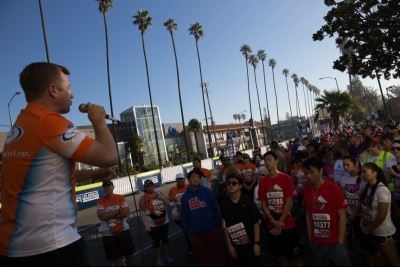 Among this year’s runners were 16 high school students, many of whom previously ran with TWV.

Participants had the option to either run the full 26.2-mile marathon, which began at Dodger Stadium and ended in Santa Monica, or partner with another team member in the Charity Relay. In the relay, each runner had to complete 13.1 miles with the transition point located in Hollywood.

“I’ve never ran that far, and I’ve never experienced the pain I experienced during the race,” said senior Ryan Valdiviez, who ran the half marathon in 2014 and the full marathon this year. “It showed me how far I could push myself mentally as well as physically. It also helped me get stronger in my faith at the same time. I found myself at moments in the race when I’d just look to God – ‘God, help me get through this.’”

But despite the physical achievement, the runners really wanted to talk about the impact they made in the lives of children they may never meet.

“I can’t know this is going on and not do anything about it,” said junior and half-marathon runner Claire Muscat of the global clean water crisis. “In the Bible, we are called to be God’s hand and feet. I am a runner so I felt, ‘Hey God gave me this gift for a reason, not to just race for my self and get my own glory, but to give him glory and make a difference in the world.’” 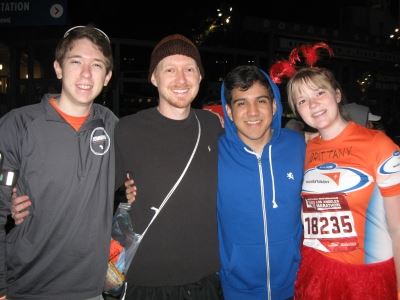 “We ran those 13 miles so kids don’t have to walk those miles ever again,” Muscat added.

According to organizations such as water.org and The Water Project, an estimated one in 10 people lack access to clean water – numbers pushing 1 billion people worldwide.

These statistics, along with stories of people – including young children – walking dangerous miles for water had a resounding impact on the participants, inspiring them to take action.

“It kind of opened my eyes,” Valdiviez said. “Everyone thinks you have to be older to do this big thing to impact people in the world. For me, I kind of realized that while not many people may know about [TWV], we still impacted the world in a huge way. We are just students, but we still impacted some.”