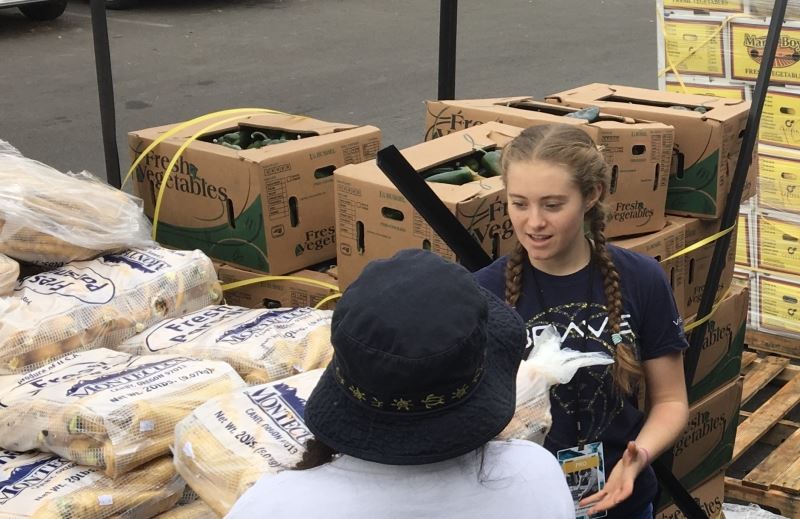 As the saying goes, “leave this world a little better than you found it.”

That’s exactly what senior Claire Muscat, who received early acceptance to Stanford University in December, wants to do.

“All the people who have poured into my life, out of that, I’ve been able to pour out of myself,” Muscat says. “Mrs. Wild said the other day in class, you can’t pour from an empty cup. I feel like my cup has been filled by the people around me so that I can go out and do the same.”

Muscat, who is active in choir, distance running, service, and her academic pursuits here at Village Christian, plans to continue her STEM (science, technology, engineering, and math) studies at Stanford.

Over the summer, the Village lifer worked an internship in the university’s medical research program and spent time at its biochemistry boot camp.

She left with clarity for the future.

“I really like the aspect of working together with other people who are passionate about math and science,” she says. “And I really like the idea of working through a design process, prototyping, and coming out with a final product that will make a practical difference in people’s lives.”

Making a difference – it’s a critical element to what drives Muscat. 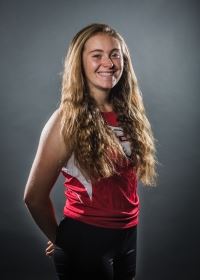 It was also a motivator during the cross country season, when the Crusaders earned the program’s second league title in school history and their first since 1994.

Speaking of improvement, the team ended the 2015 season last in league and second in 2016 before this season’s Olympic League title. The Crusaders also earned an 11th-place finish at the 2017 CIF-Southern Section Division 5 Championships in Riverside.

“She has a quiet confidence, and she leads by example,” says Cross Country coach Don Ausherman. “She was never one to rest on her laurels. She’s a worker.”

Seeds of leadership and stability were planted way back in 2005 – her first year at VCS – when she gave her heart to the Lord as a kindergartener in Mrs. Lukesh’s class.

“I feel like God has really blessed me with the people in my life,” Muscat says. “Village has definitely helped me. I remember praying the prayer she led us in, desiring to have Jesus be at the head of my life and to give my life to Him.”

Said Lukesh: “Claire has always had a love for the Lord and a compassion for others. … Any of Claire’s accomplishments over the years that I would hear about didn’t surprise me at all. She is very bright and even in kindergarten, I knew she would be incredibly successful if she continued to apply her focus, work ethic, and compassion throughout her school years.”

She’s taken advantage of opportunities and worked closely with teachers and counselors, who helped prepare her for the moment a little email arrived from Stanford.

“[My family and I] prayed together, opened it, and saw ‘Congratulations,’” she recalls. “I just started to cry.”

Not a bad way to begin Christmas Break – or to wind down her time at VCS.

“I hope that I left some sort of legacy here,” she says. “I know Village has blessed me, so I hope I did the same.”