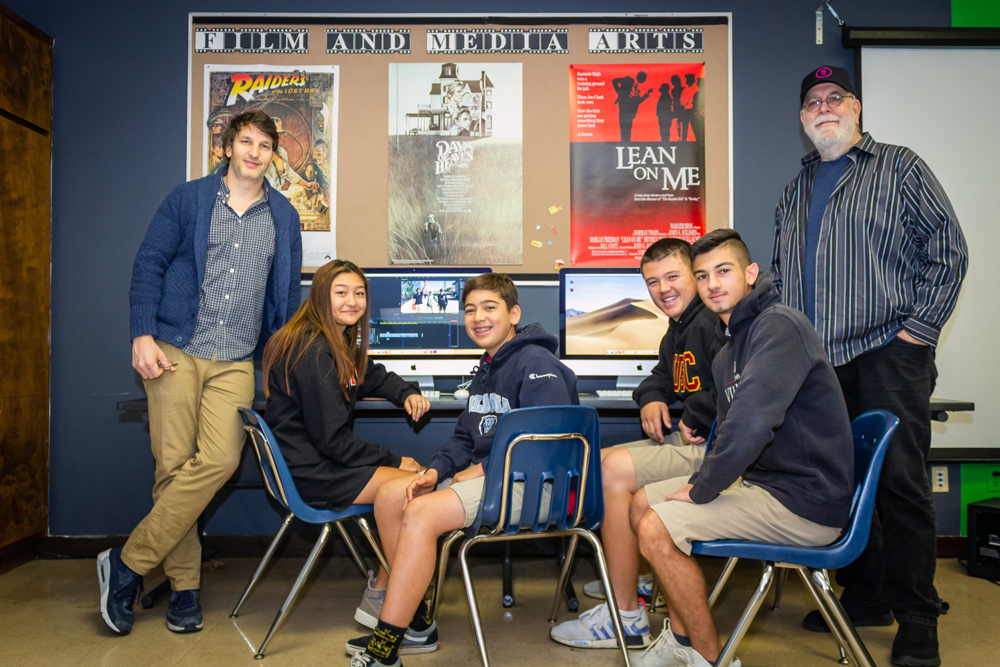 It has been a little over one month since Village Christian launched an ambitious three-year fundraising effort – the Legacy Campaign – to pay for the school-wide improvements, and already, our students are experiencing the benefits.

Thanks to the incredible generosity of Greg and Linda Steele, VCS was able to equip film students with nine brand-new, fully loaded 27-inch Apple iMac editing suites, including Adobe Creative Suite programs such as Premiere Pro and After Effects.

“This catapults our video production lab into the modern era, and means our students have access to top-of-the-line non-linear editing in 4K resolution,” said VFAME Dean and Video Production Teacher Chris Hicky. “Now, we have a classroom full of machines that are lightning-fast. This is a giant leap forward for us, and yet another reason why our film school here at VCS is quickly becoming one of LA's top media programs.”

"We are so thankful to the Steele family for playing such an integral role in helping VCS students to thrive," said Head of School Tom Konjoyan.

Click here to learn more about the Legacy Campaign and how we can partner together!