Village Christian Theatre Arts was proud to be featured in the John Raitt Awards for Youth's most recent eNewsletter, which was distributed on Friday, October 31. Please see below for their write-up on the incredible things happing in VCS Theatre Arts as well as a check-in with some of VCS's past JRAY winners!

From the John Raitt Awards for Youth

This month we are doing a feature on Village Christian School. Director of Theatre Arts, Thom Babbes, Fine Arts Director Natalie Taylor, and the creative team at VCS have been relentless in their pursuit of pandemic alternative solutions. Under their leadership the students are receiving an incredible gift of determination and creative force. It's a strong message of how to overcome adversity and keep the faith. We can all do amazing things when we put our heads together and generate some positive vibrations and intentions. So, this month, we celebrate Village Christian School and everything that they do. We are proud to include them as a participating member of the JRAY family since 2015!

Next month, we will feature Palos Verdes High School. We can't wait to see what they have been cooking up, but we are sure that it is going to be delightful!

Village Christian’s Theatre Arts is a comprehensive curriculum based on the foundation of Uta Hagen’s “Respect for Acting” and “A Challenge for the Actor.” It is a performance-centered program which strives to develop critical thinking skills in which the actor finds Biblical truth in secular work.

The High School Theatre Arts class gives students an overview of theater performance including monologues, improv, script analysis, scene work, acting for the camera, and how to score a role.

In the two-year Honors Theatre Production course, which requires the completion of High School Theatre Arts and Theatre 2 with a B or better, students focus on auditioning for the theatre, self-taping auditions for film and television, Uta Hagen Intensive, ensemble building, and Technical Theatre: producing, lighting design, set design, costume design, culminating in producing a full student-led production in the Black Box Theater. This class is for the serious student and is by invitation only.

Check out their website and their 2020-21 Play Promo by clicking on the button below:

Here are the words of Thom Babbes, Director of Theatre Arts at Village Christian, who sent JRAY the latest updates:

Covid-19 prevented us from putting on a 2020 fall show at Village Christian. But it didn’t stop us from reimagining the possibilities. So we are producing three short films adapted from Horton Foote one acts. Just wrapped the first short BLIND DATE. Next up THE ACTOR and after that THE DANCERS. All three films will be available On Demand online on December 20th. Theater is not dead at Village. It is thriving.

Where Are They Now?

We wanted to catch up with some of the VCS students that JRAY has known over these past few years. Let's see what some of them are up to now: 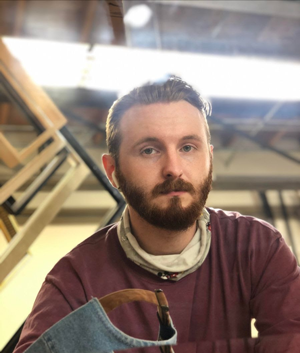 (2015 Thoroughly Modern Millie) Andrew is earning his undergraduate degree from Texas Tech University (Lubbock TX) in Studio Arts with an emphasis in Sculpture. He is less than a year out of graduating. He'll be looking for a residency program before tackling graduate school. He was also the president of the Texas Tech Ballroom Dance Team from 2018-2019 and competed across the state "Thoroughly Modern Millie was a wake-up call that I ought to work more on my dancing." 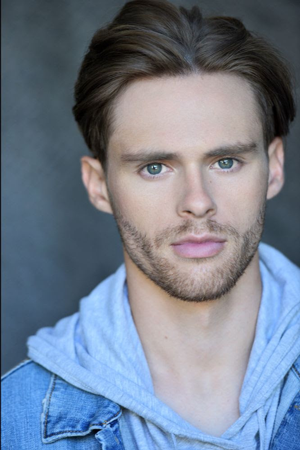 (Hairspray & Thoroughly Modern Millie) Currently in his final year of drama school at The Royal Conservatoire of Scotland, It is consistently ranked in the top 15 drama schools in the world. While studying his craft James has performed in "All My Sons", " The Cherry Orchard", "The Comedy of Errors", "The X-Mas Files" (A devised Christmas short film) and is now working on "The Speculator" (Even during Covid). 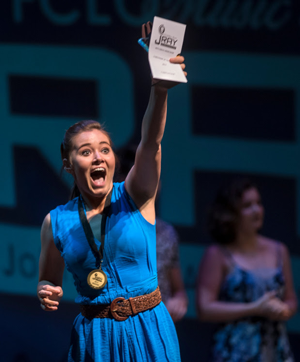 (Pictured here receiving her JRAY Winner for Best Comedienne for the Role of Charlotte in Cinderella (2017) as well as nominated for Best Comedienne for the role of Eulalie Mckechnie Shinn in Music Man (2019). Ella attends the University of Alabama as a BFA Musical Theatre student. In her freshman year of college she was cast in 2 shows and was fortunate enough to be a part of Dance Alabama! She was also cast as the swing in Legally Blonde as well as Pilar and Enid's understudies. Now a sophomore she had to make a really big decision on whether to go back to school with all the covid restrictions or stay back in LA. She decided to stay home and train/audition. Not completely sure whether or not she will be attending Alabama in the spring, but she plans on finishing her education as a BFA Musical Theatre student. 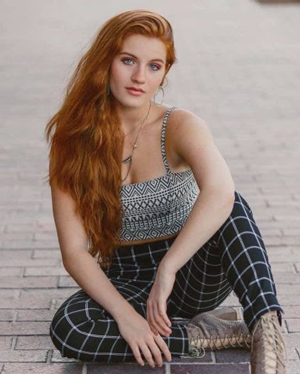 Jade (2019 JRAY BAA Scholarship Recipient) is an actress, singer- songwriter and dancer. Jade was thrilled to be a part of the 2019 Broadway Artists Alliance as one of three High School students chosen in Southern California to go to New York City performing at the Symphony Space off Broadway. She was also honored as the 2019 Artist of the year at the National Youth Arts Awards. Recent professional achievements include the honor of playing Queen Olivia in "Twelfth Night" by William Shakespeare at the Actors Co-op in Hollywood. As a dancer, Jade has backed up Jordan Fisher, Olivia Holt and as one of the dancers in the 2020 movie musical "The Prom" choreographed by Casey Nicolaw and directed by Ryan Murphy.

Jade is also a singer-songwriter having reached nearly 200K listens on Soundcloud. Two of her original songs "Imperfectly Perfect" and "Drift" won for Best New Song at the NYA Awards two years in a row! Jade loves Hip hop but is also an avid tap dancer and has studied ballet and contemporary since age 7. In 2017, she competed at the Pantages winning best performance of the day with Village Christian School’s recreation of the Broadway Choreography of “Step in Time” from Mary Poppins. Check out her website to learn more about this incredible young woman: https://www.jadepatteri.com/ 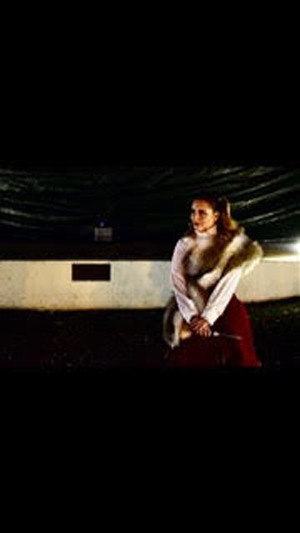 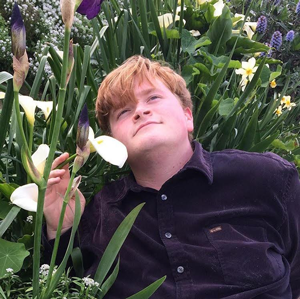 JRAY award for Music Man Barbershop Quartet. After graduation, Arlen spent a gap-semester in San Francisco, enjoying the Bay Area and living on his own. After spending the semester carefully evaluating his priorities in life going forward, he ultimately decided to enroll at the Academy of Art University in San Francisco, where he is currently pursuing a degree in Music Composition, with a focus on Scoring for Film Media. He still thinks fondly of his time at Village Christian, and will never forget the family he made there. 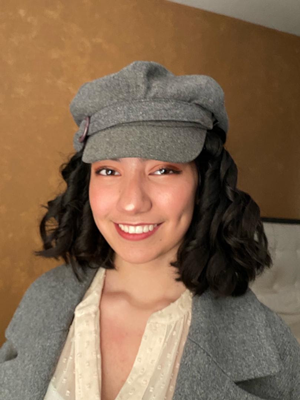 JRAY award for Music Man Barbershop Quartet – is a senior at Village Christian and is playing the role of Inez Stanley in THE DANCERS a short film based on the Horton Foote one act. She will also be playing Blanche in BRIGHTON BEACH MEMOIRS in May 2021. 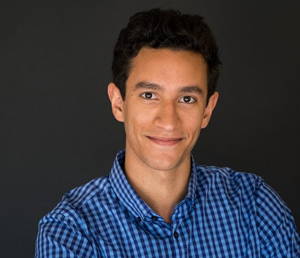 2016 JRAY nominee for Bert in Mary Poppins – is living in Los Angeles starring in a voiceover project as well as composing the soundtrack. He recently played Lucas in ADDAMS FAMILY at his alma mater, The Pacific Conservatory for Performing Arts and played Antipholus in COMEDY OF ERRORS at the San Francisco Shakespeare Festival. Tiago is currently studying screenwriting and has an existential crisis every Friday afternoon, “It feels great to be alive.” 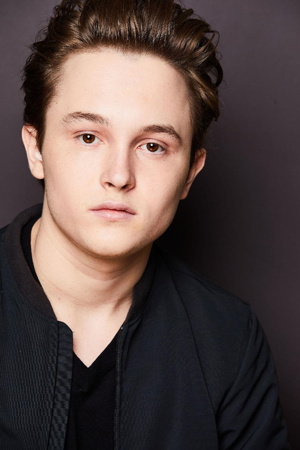 Since winning the JRAY Above and Beyond Award, Xander has continued to pursue his theater and artistic ventures despite the current pandemic. The cancelation of performances and uncertainty about future ones became prevalent forces in his life, forcing him to turn his attention to working on new skills. He has been writing scripts potentially for future school productions. Xander is a senior and will be playing Stanley in the VCS upcoming production of BRIGHTON BEACH MEMOIRS. He plans to attend a BFA program in theater after he graduates. “I am trying to keep up my theatrical endeavors, in a safe manner. I am taking part in my school's short film, practicing singing and acting daily, and applying to colleges. Hopefully, sooner rather than later, there will be some version of normalcy that will allow us and the millions suffering to live the life we once took for granted.” 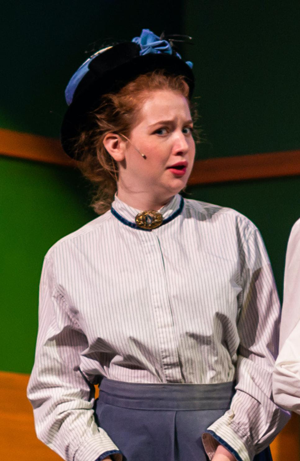 JRAY award for Music Man Barbershop Quartet- Dani is a junior at Village Christian. Last year she was cast in the role of Portia in SOMETHING ROTTEN. Unfortunately due to COVID-19, the show was cancelled. This year she is very excited to be a part of the short film THE DANCERS, based on a Horton Foote one act and will be playing Blanche in BRIGHTON BEACH MEMOIRS in May 2021.

The JRAY mission is to promote and support high school education by recognizing musical theater excellence in all performance and technical production categories, and to provide outstanding students with unique opportunities and professional exposure through the granting of awards and educational scholarships. 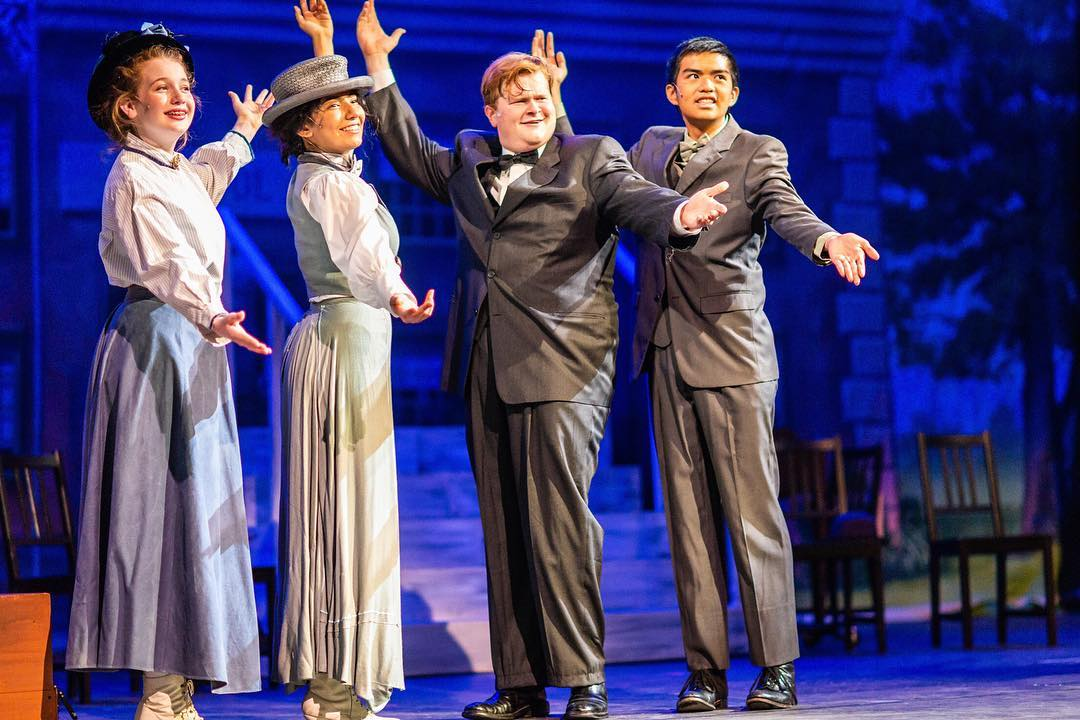