Senior J.J. Porteous in the Right Place at the Right Time at Village Christian 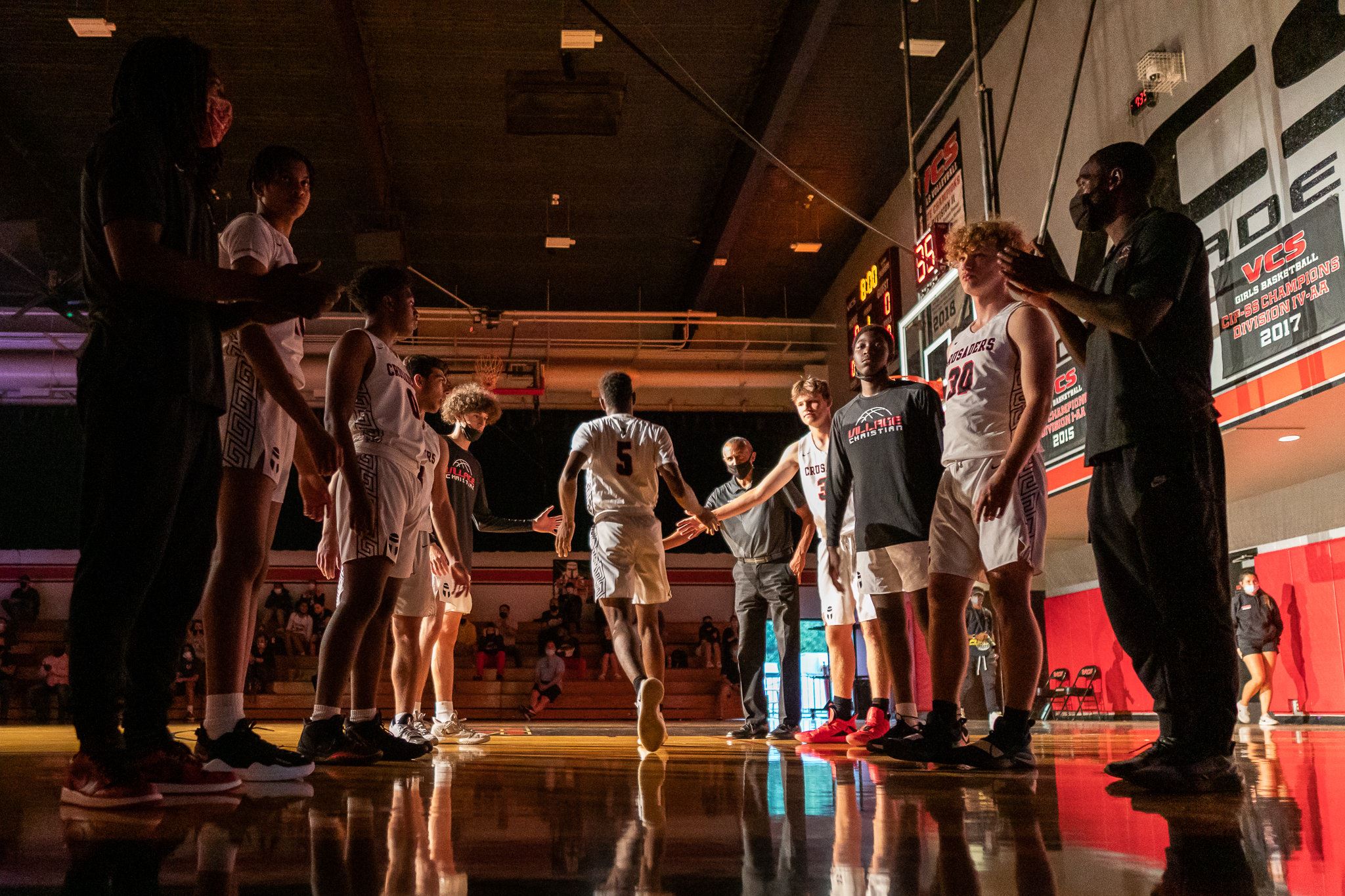 While this year’s winners were no exception, there’s a good chance you haven’t met one of them.

But athletics are only part of the story for senior Jimal “J.J.” Porteous, whose time at VCS wasn’t simply marked by sports, but also by God-ordained placement at a time of tremendous tragedy.

An accomplished basketball player and track and field athlete at Van Nuys High, Porteous closed out his junior year mired in uncertainty about COVID-19’s impact on the Los Angeles Unified School District.

He transferred to Village for his final year of High School.

It would be a difficult transition in a normal year, but the stakes were raised when schools state-wide were forced to begin online.

“It’s been an extremely tough year for the returning players coming in. I can’t image how tough it is for a kid trying to fit into a new program but can’t show his face at school – its’ all through a camera,” says VCS head basketball coach Julian Andrade.

Then in July, the phone rang.

Porteous’ mother, Connie, was in the hospital. She was diagnosed with lung cancer two years earlier, but had taken a turn for the worse.

"No one is ready to go,” J.J. Porteous recalls. “We tried to make it as peaceful for her as possible and most comfortable for her. We just sat and talked and reminisced about the old times. We also talked about the future and college. [She wanted me to] ‘stay focused.’ ‘Don’t get distracted.’ ‘Graduate from college.’ And for my brothers and I ‘to stay close and look out for each other.’”

She had laid out an essential checklist for her son, and one he thought about regularly with extra time at home due to the pandemic.

He also wanted to make sure grief didn't consume him.

“I keep myself busy so I don’t get into my head,” he says. “You have to stay focused on what’s in front of you.”

That’s exactly what he did.

Porteous quickly became an impact player on the basketball team and began posting stellar marks in track and field.

In March at the Pasadena Games, Porteous hit 45 feet, 3 inches in the triple jump, a distance that ranks 11th in the CIF-Southern Section and 15th in all of California. 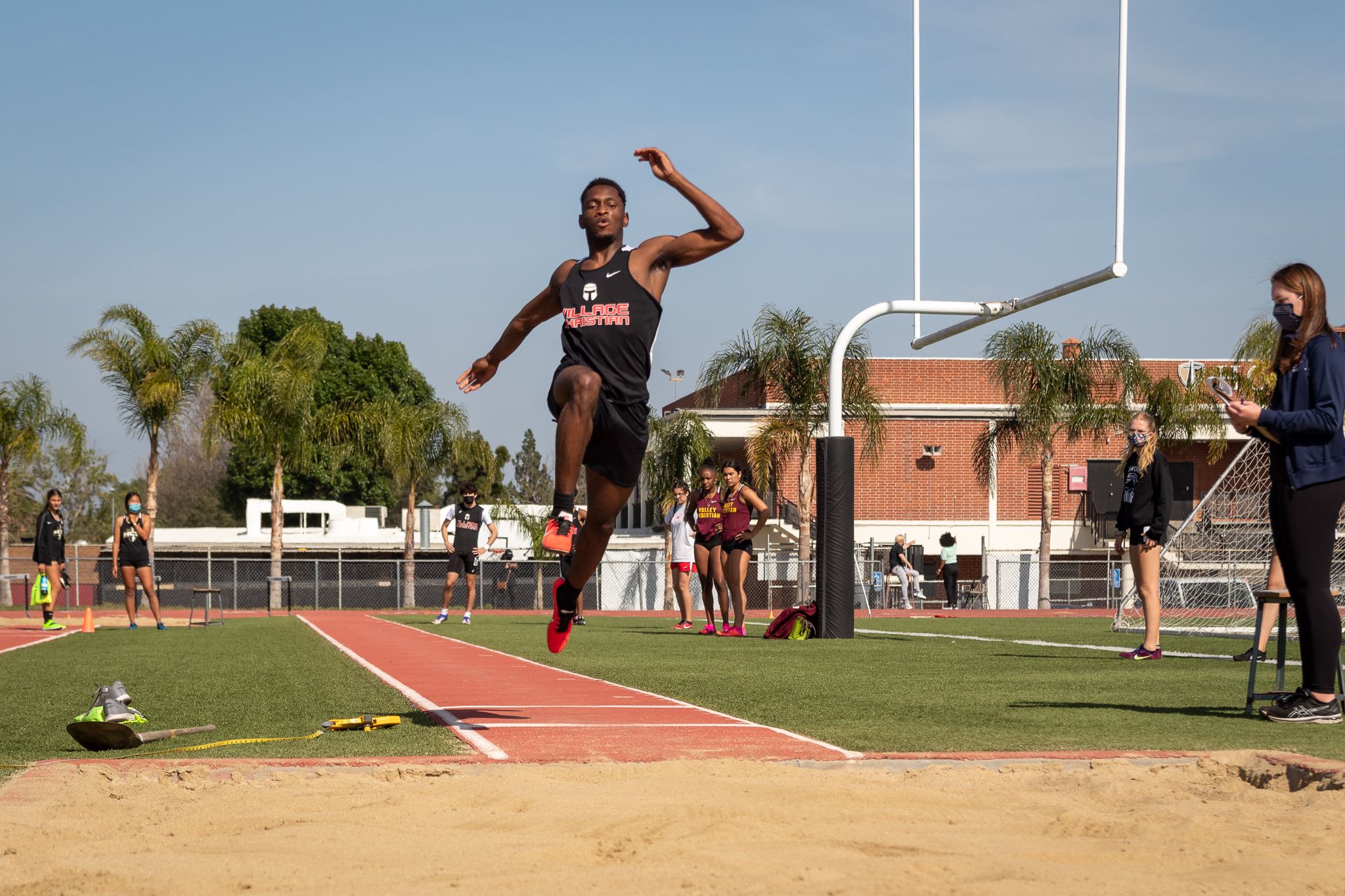 Those performances aren't what impresses track and field coach Ricardo Nunez the most, however.

“He has great sportsmanship qualities as well as leadership skills,” Nunez says. “He has shown those qualities on and off the court.”

Meanwhile, Andrade describes the 6-foot-1 guard as a “great defender” and “pass-first-type of player” that “jumps out of the gym.”

“He was accepted right away,” Andrade says. “That’s just his personality. He’s got a big smile on his face and right away you know this guy is genuine. He’s extremely likeable and an excellent student.” 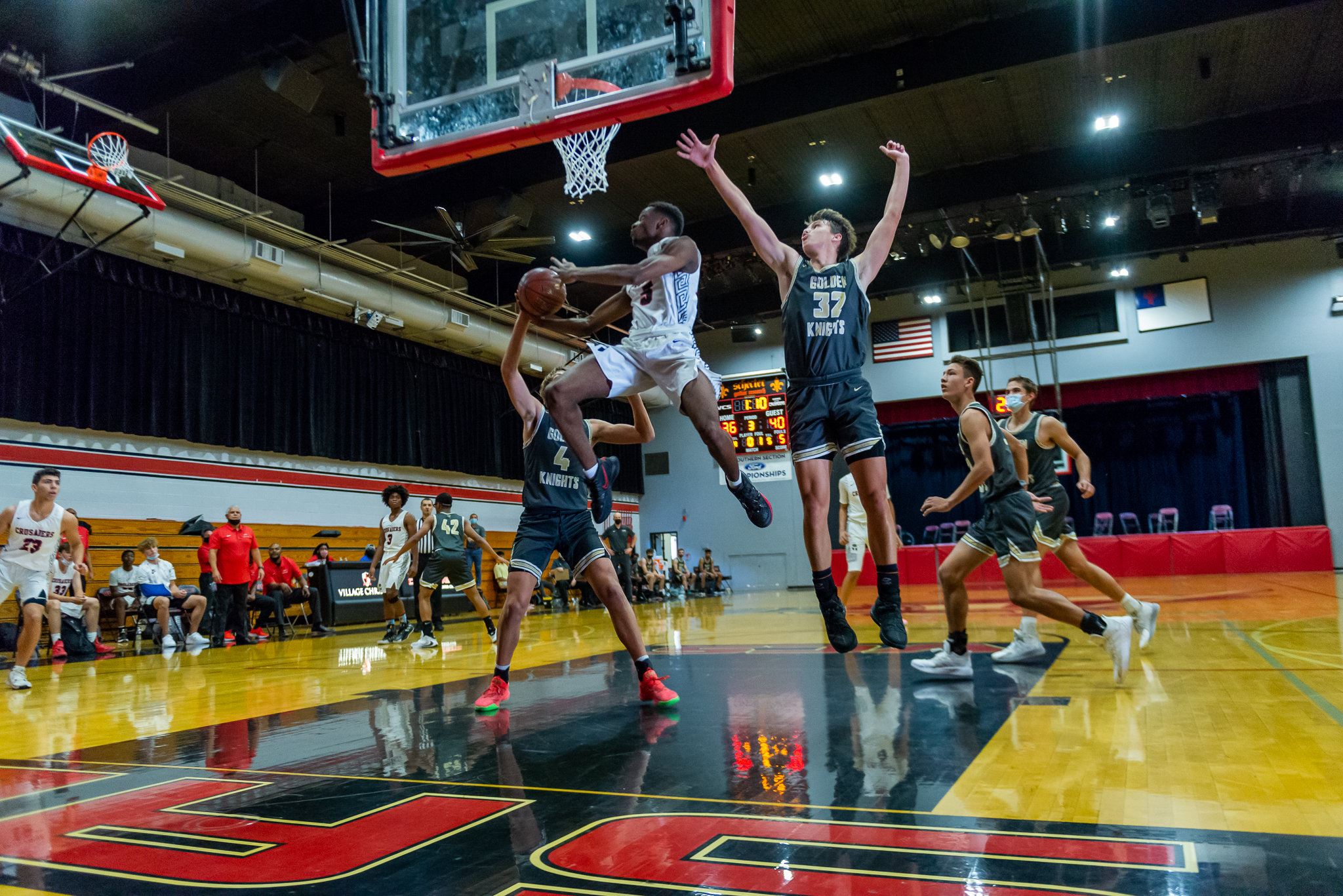 He focused on studies. He worked hard in the gym. And he assessed his future.

“I feel like that was one of the best things about the pandemic,” he says. “It gave me time to slow down and process and think about things besides sports.”

He decided to decline athletic offers. Instead, he will focus on his studies at Morehouse College in Atlanta, Georgia.

Porteous wants to become a sports agent, and help others achieve their dreams.

It wasn’t an easy decision, not after playing years of AAU basketball.

“I want to help people and be there for people,” Porteous says.

And this year, people have been there for him.

He received welcome letters from ASB. He was immediately embraced by teammates and students.

When he opened up about his mother with another teacher, he found common ground and critical emotional support.

He says he went deeper in his faith, learning the critical value of prayer from other teachers.

“Being at Village Christian for just one year, I can say that I really enjoyed it,” he says. “The teachers really taught and made me feel welcome. They were themselves; very open about their lives. The students, it wasn’t hard to make friends. Everyone was so welcoming. I wish I had come my freshmen year and spent my whole high school career at Village.”

Now he’s poised to walk across the graduation stage and receive his diploma.

When he does, his mind will be racing.

“There’s a lot of things to think about,” he says. “The people. The teachers. The experiences. The basketball experiences. … My mom. I finally crossed one thing off the checklist.”