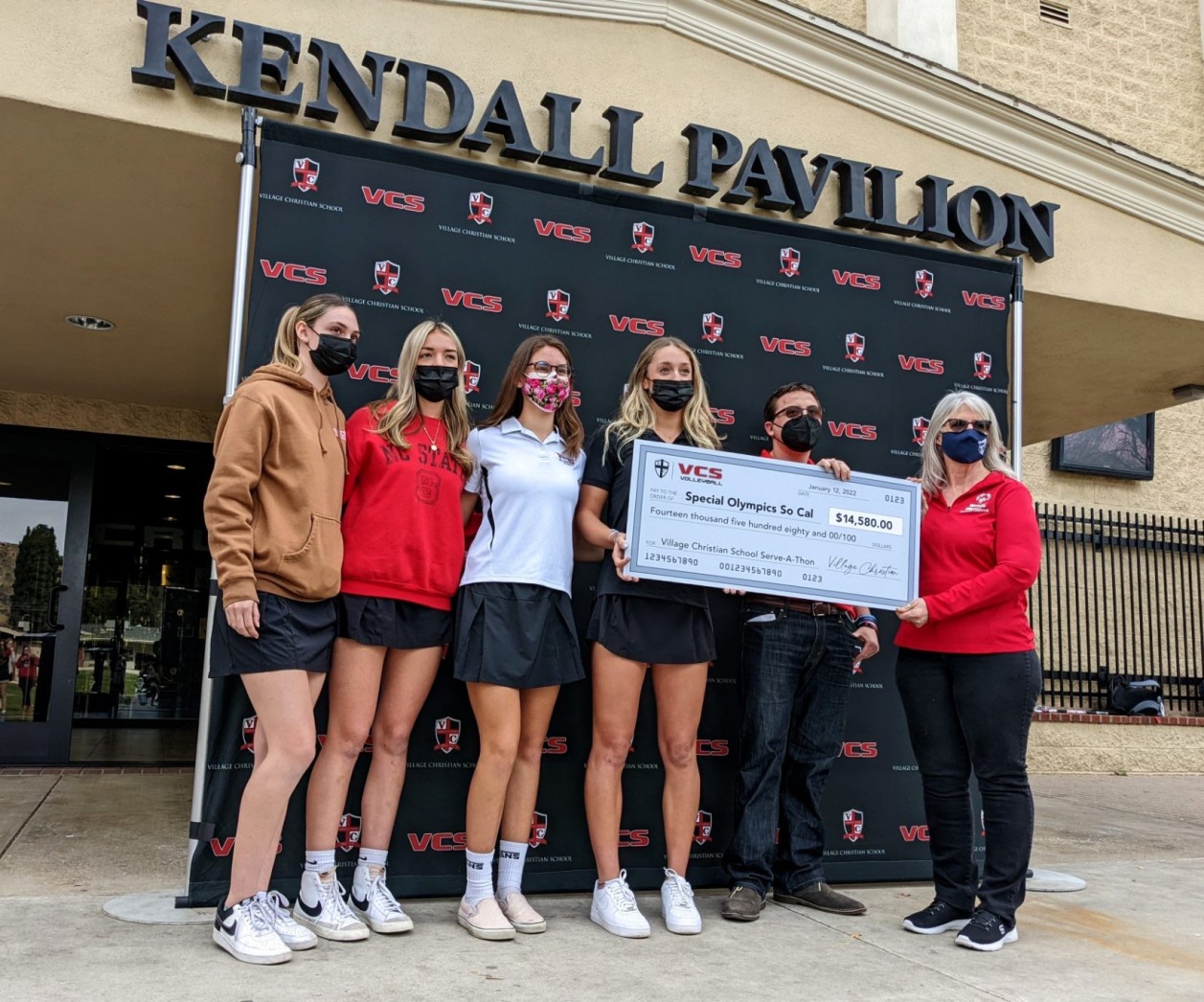 Noordermeer, a Northwestern commit, used a serve-a-thon fundraiser to raise money for the Special Olympics.

But on Wednesday afternoon, in front of her peers and teammates at a ceremony in the Village Christian School courtyard, Noordermeer proudly announced that she had surpassed that goal and ultimately raised $14,580.

“It’s truly amazing,” Noordermeer said. “It’s been a lot of work putting this together, but it’s been so fulfilling. To have everyone just be out here and acknowledge how amazing this organization is and the work that we were able to do for them is truly just amazing.”

So instead, she held a serve-a-thon as a fundraiser in early December. Donors could give a flat donation ahead of the event, or donate per serve, whether it was a few cents or a few dollars.

“There’s a little more pressure to make your serves then,” Noordermeer said of the latter, with a smile.

After finishing a season that included an Olympic League title and run in the CIF Southern Section Division 1 playoffs, the team dished out 100 serves over the course of two hours and collected funds based off of how many serves were made.

“It was just awesome for us to play volleyball for something more instead of when we had just have practice and stuff like that,” Noordermeer, who will play at Northwestern, said. “It just had a lot more meaning and weight to it.”

As Noordermeer presented the check to Laura Mayo, Assistant Vice President of Development at Special Olympics Southern California and athlete Michael Leon, she was flanked by teammates who will take over the fundraiser next year.

Although Noordermeer began the effort and was eventually able to turn it into a senior project for herself, she wants the act of selflessness to permeate through future Village Christian teams.

Noordermeer is signed to play college volleyball at Northwestern.

CLICK TO VIEW ARTICLE ON DAILYNEWS.COM. Photo by Haley Sawyer.