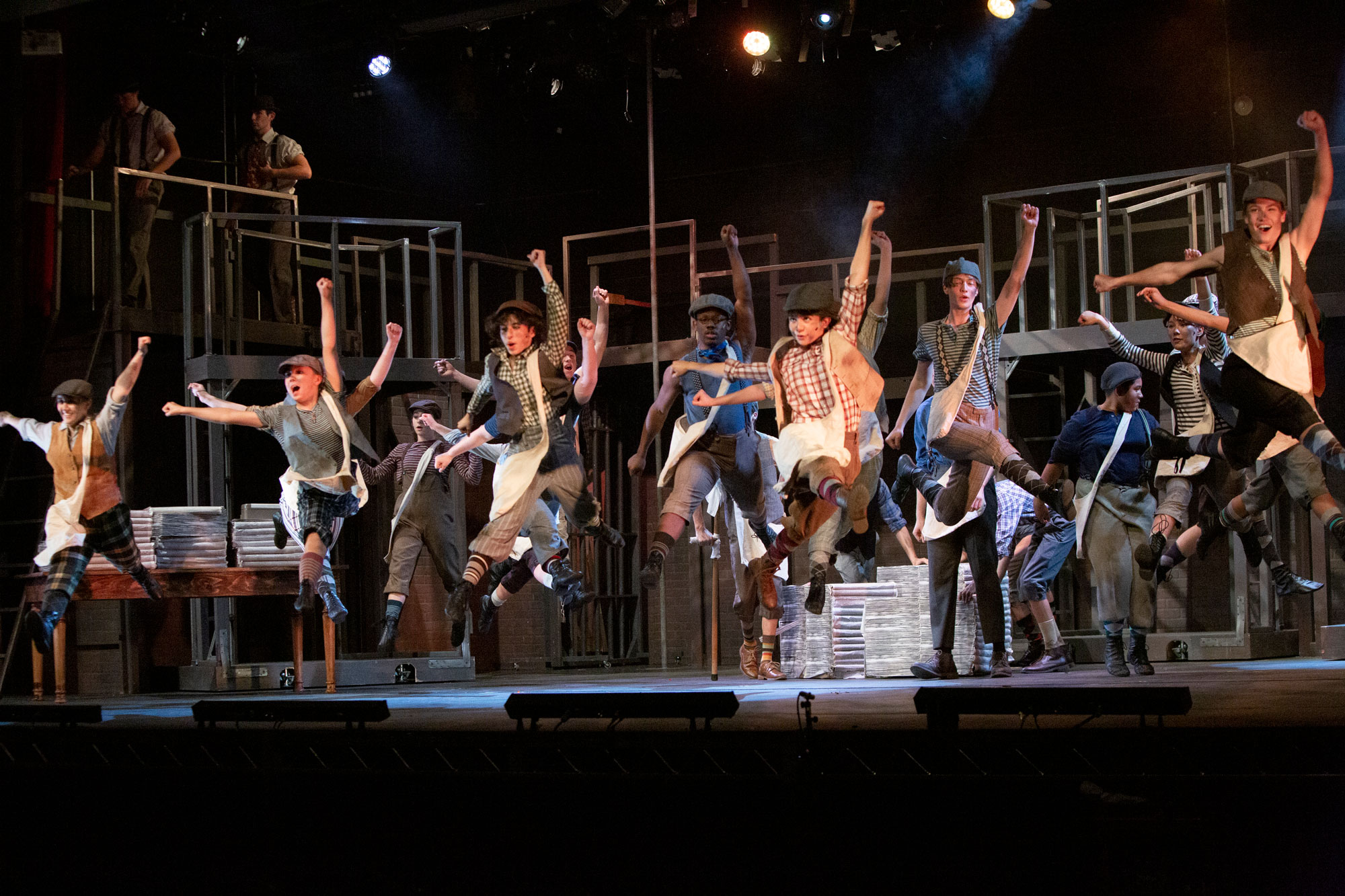 Village Christian Theatre Arts took home a host of awards on May 29 at the John Raitt Awards for Youth ceremony held at San Gabriel Mission Playhouse.

Going into the event with 15 nominations, VCS hauled six awards from its jaw-dropping production of Newsies held this spring.

“Newsies was the best-received Village production to date,” said retiring Theatre Arts Director and Newsies co-Director Thom Babbes. “Congratulations to an amazing cast, crew, and production team. I will miss you.”

“As the new Theatre Arts Director, it was an honor and a thrill to attend the JRAYs with student cast and crew members, not only to celebrate several very deserving wins, but to see how dignified and mature they handled everything,” said Newsies co-Director and incoming Theatre Arts Director Dan Roche. “Our students always applauded and cheered their competitors’ wins, and I am confident we will celebrate many more wins of our own in upcoming years.”

This year’s awards were the first JRAYs handed out since 2019, when VCS Theatre Arts took home three honors (Special Recognition: Actor Above and Beyond – Xander Candib; Special Recognition: Musical Performance in a Group – The Barbershop Quartet; and Best Crew/Technical Execution) on 15 nominations.

“Watching our students from Newsies bring the house down at the JRAY awards show was thrilling,” said Director of Fine Arts Natalie Taylor. “It was amazing to see our students shine and stand out among large public and performing arts schools in Southern California. Winning the best performance of the day award was well deserved and a reflection of the many hours of work our students put in. I could not be more proud of our students and our amazing theatre department.”