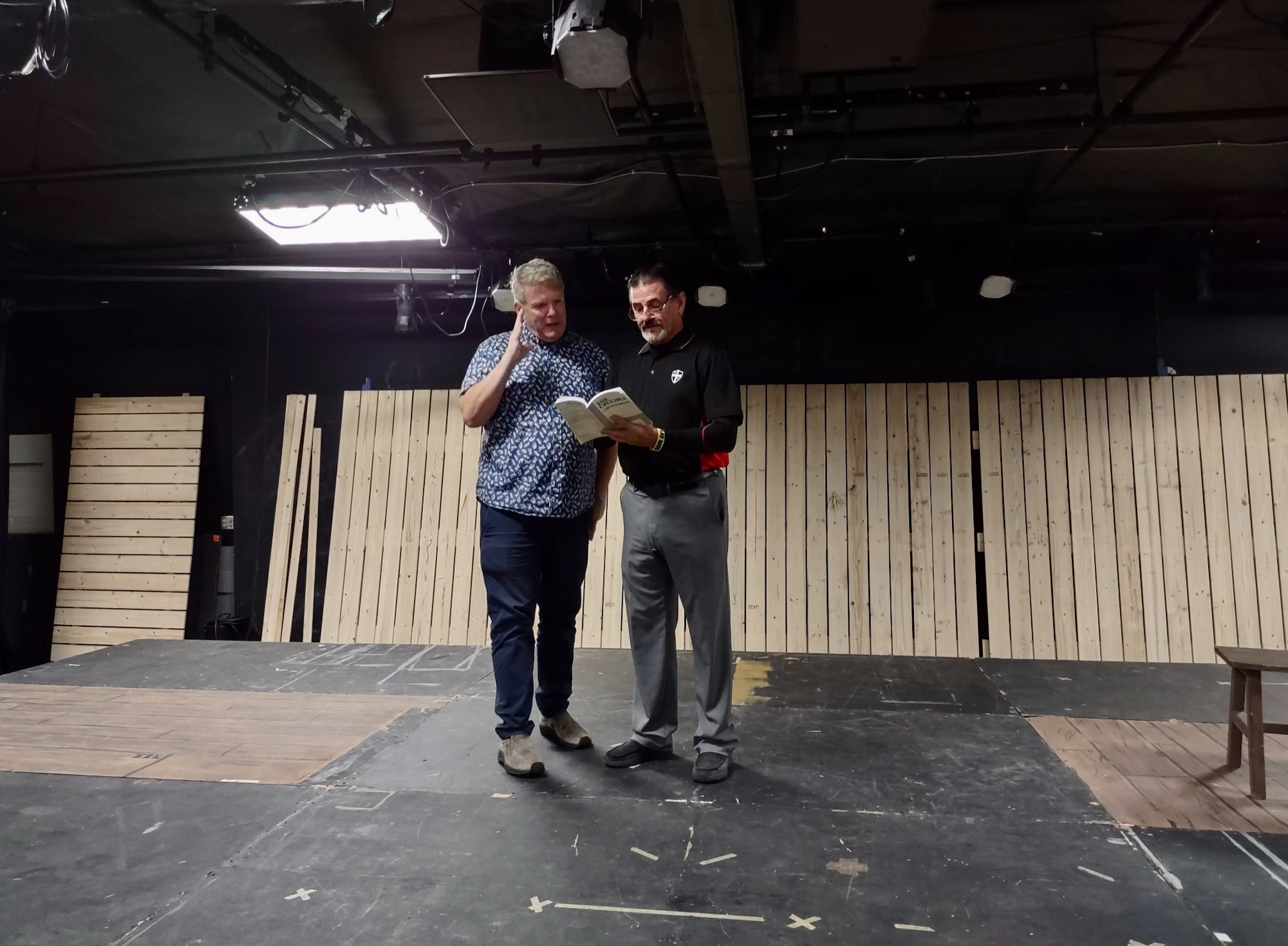 Village Christian Theatre Arts has established an award-winning standard over the last decade, and this fall, it begins another exciting chapter with its 2022-2023 production of “The Crucible” in the Auditorium.

Under the leadership of new Theatre Arts Director Dan Roche, the show will not only feature a phenomenal cast of students, it will also welcome a longtime acting veteran that can currently be found on the VCS baseball diamond – second-year head coach Evan O’Meara.

We connected with Roche and O’Meara during rehearsals to discuss the show and O’Meara’s exciting return to the stage:

DAN ROCHE: We had a very lively audition process for “The Crucible”—so many talented students. However, when all was done, we needed one more male actor, but it needed to be someone with a sense of authority and gravity to play the role of Judge Hawthorne. I thought it might be cool to have a faculty member play the role. John Khouri was the first one I asked just because I think he's a great guy. And he said to me, “Dan, do you know we have an actor right here on our faculty with many years of experience?” And when he told me who, I realized I already knew Evan, but I had no idea about his acting background. So I got in touch right away.

EVAN O’MEARA: On or about the same dates “The Crucible” will be performed marks exactly 50 years since I first performed on stage in a show. That experience in high school sparked a 30-year career on stage and in front of a camera. I hold a Masters of Fine Arts in acting from Southern Methodist University, and I spent six years in New York as a working actor before moving to Los Angeles.

ROCHE: The moment Coach O'Meara joined our rehearsals, I was so grateful because the students got to hear immediately the kind of voice work I've been instructing them in. It's a hard play with poetic, heightened language; the characters’ heightened way of speaking is part of their world, which is a very different world from the one we now live in. Evan is helping the younger actors grasp on to that way of speaking.

ROCHE: I think everyone who sees “The Crucible” will see an exciting and compelling story told by an incredible combination of the most talented students at VCS and a super amazing baseball coach/actor!

Don’t miss VCS Theatre Arts’ production of “The Crucible” in the Auditorium November 4-13.

THE OPENING NIGHT Performance of THE CRUCIBLE at 7:30 p.m. on Friday, November 4 includes a pre-show reception at 6:30 p.m. with hot cider, finger foods and sweets, and LIVE MUSIC to celebrate the kick-off of the 2022-2023 VCS Theatre season. Seats are selling fast, so get yours soon!
Posted By Village Christian School
Categories:
Tweets by VCSCrusaders