Below is the article that appeared in the program insert at the game. 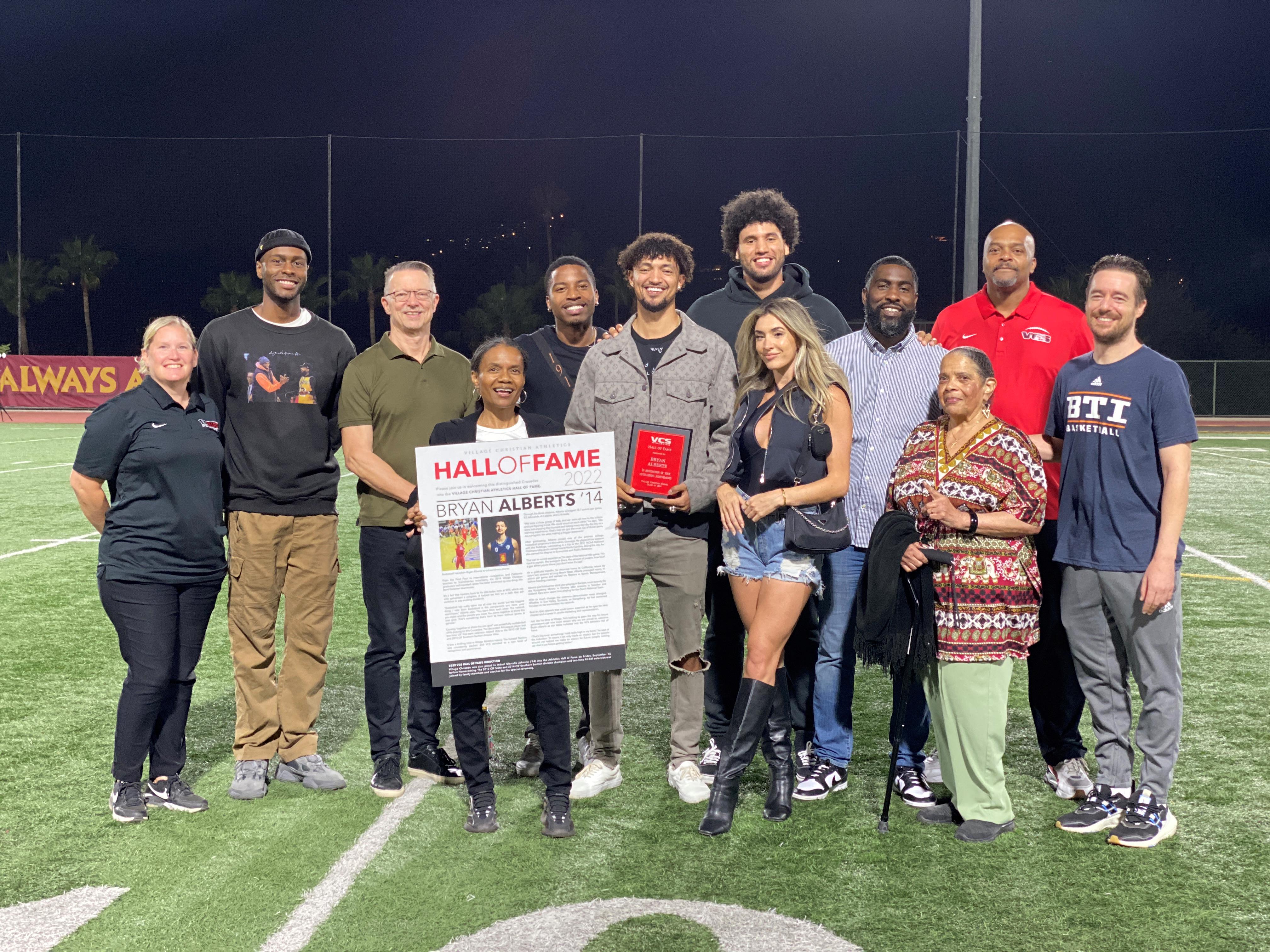 From the Final Four to international competition and California beaches to Scandinavian mountains, the 2014 Village Christian graduate’s well-traveled career has been anchored by one thing—the bond between teammates.

It’s a fact that harkens back to his title-laden time at VCS, which not only galvanized a program, it helped set him on a path that will continue to pay exciting dividends.

“Basketball has really taken me all over the world, but the biggest thing I take from basketball is the companions you have, your teammates,” Alberts says. “You learn from each other. The network you make and the people you meet. You come together to share this one goal. That’s something that’s hard to learn without sports in general.”

Coming “together to share this one goal” was powerfully represented while playing for the Crusaders. The decorated All-League player and two-time CIF first-team selection helped VCS to the 2012 CIF State and 2014 CIF Southern Section division titles.

It was a thrilling time in Village Athletics history. The Kendall Pavilion was consistently packed, and VCS elevated to a new level of recognition and prominence.

“We were a close group of kids, and we were all new to the culture and just figuring it out. We could count on each other,” he says. “We were just enjoying the moment and taking every day day-by-day as a learning experience. That’s how we got the most out of those years. As a program, we were making a bigger statement.”

After graduating, Alberts joined one of the premier college basketball programs in the nation, Gonzaga. He played three seasons with the Bulldogs, culminating in a trip to the 2017 NCAA National Championship and a narrow loss to North Carolina. Along the way, he also earned his degree in Economics and Public Relations.

“That was an unreal experience,” he says of the national title game. “It’s hard to explain. The energy in there, the amount of people, how loud it got. When you’re there, you don’t think it’s real.”

As a graduate transfer, he returned home to California, where he spent two seasons at Long Beach State. Alberts averaged nearly 11 points per game and earned his Masters in Sports Management, before heading overseas.

Alberts just finished his third year playing in Europe, most recently for the Kongsberg Miners in Norway after seasons in Sweden and Iceland.

He’s even spent time playing for the Dutch National Team.

With so much change, the common denominator never changed. Whether in Sun Valley, Spokane, or Kongsberg, he has remained focused on his teammates—his network.

And it’s that network that could prove essential as he eyes his next chapter and a career in sports marketing and representation.

Just like his time at Village, he’s looking to pave the way for future generations—yet one more reason why we are proud to welcome Bryan Alberts as our latest inductee into the VCS Athletics Hall of Fame.

“That’s big-time; something I hold really high in my book,” he says of the induction. “It means I not only made an impact, but the people around me helped me make an impact for future people coming up—that it just keeps getting better.”