Village Christian was proud to induct Marsalis Johnson (‘14) into the Athletics Hall of Fame on Friday, September 16 before Homecoming. The 2012 CIF State and 2014 CIF Southern Section division champion and two-time All-CIF selection was joined by family members and coaches for the special ceremony.

Below is the article that appeared in the program insert at the game. 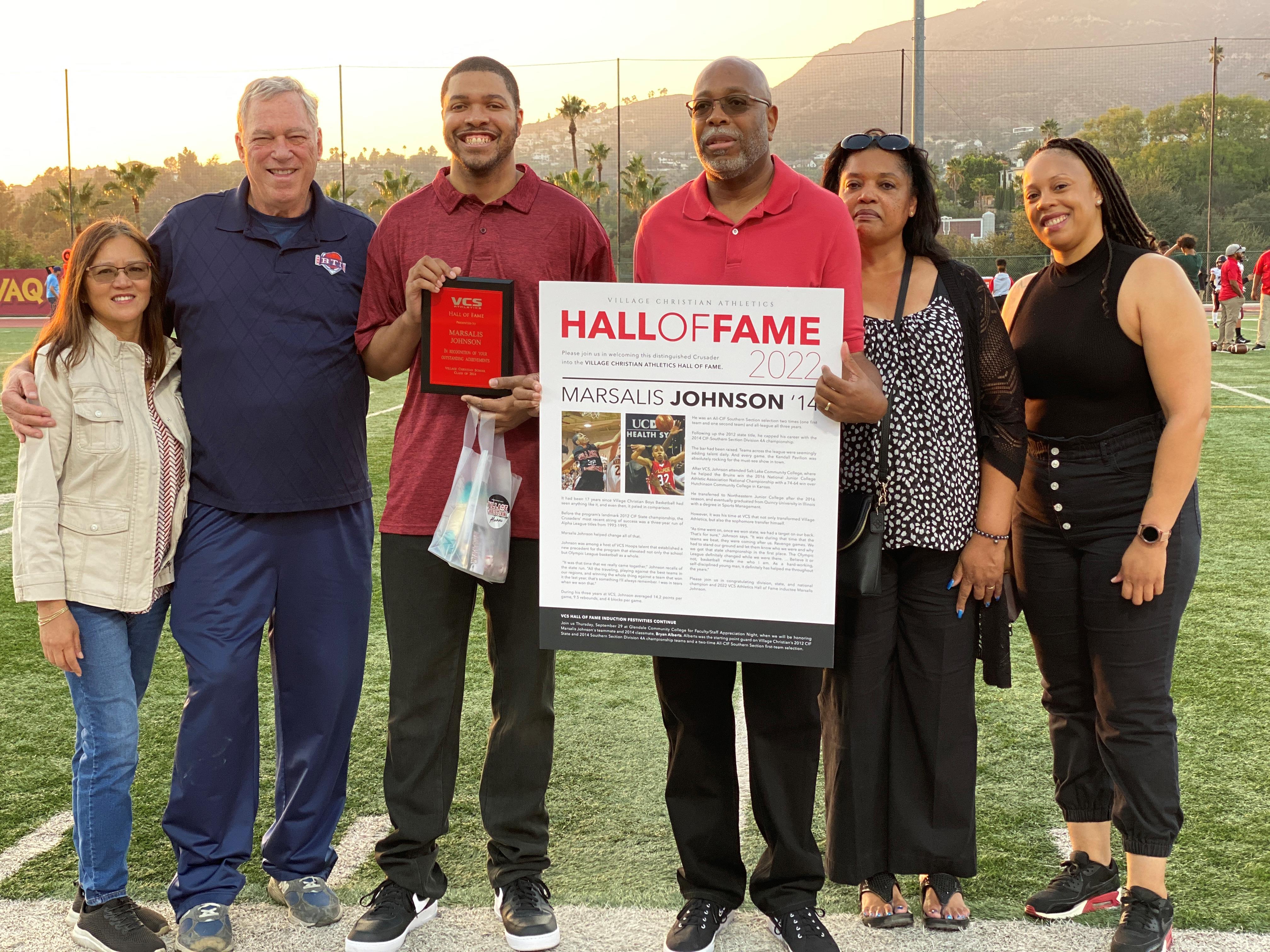 It had been 17 years since Village Christian Boys Basketball had seen anything like it, and even then, it paled in comparison.

Before the program’s landmark 2012 CIF State championship, the Crusaders’ most recent string of success was a three-year run of Alpha League titles from 1993-1995.

Marsalis Johnson helped change all of that.

Johnson was among a host of VCS Hoops talent that established a new precedent for the program that elevated not only the school but Olympic League basketball as a whole.

“It was that time that we really came together,” Johnson recalls of the state run. “All the traveling, playing against the best teams in our regions, and winning the whole thing against a team that won it the last year, that’s something I’ll always remember. I was in tears when we won that.”

During his three years at VCS, Johnson averaged 14.2 points per game, 9.5 rebounds, and 4 blocks per game.

He was an All-CIF Southern Section selection two times (one first team and one second team) and all-league all three years.

Following up the 2012 state title, he capped his career with the 2014 CIF-Southern Section Division 4A championship.

The bar had been raised. Teams across the league were seemingly adding talent daily. And every game, the Kendall Pavilion was absolutely rocking for the must-see show in town.

He transferred to Northeastern Junior College after the 2016 season, and eventually graduated from Quincy University in Illinois with a degree in Sports Management.

However, it was his time at VCS that not only transformed Village Athletics, but also the sophomore transfer himself.

“As time went on, once we won state, we had a target on our back. That’s for sure,” Johnson says. “It was during that time that the teams we beat, they were coming after us. Revenge games. We had to stand our ground and let them know who we were and why we got that state championship in the first place. The Olympic League definitely changed while we were there. … Believe it or not, basketball made me who I am. As a hard-working, self-disciplined young man, it definitely has helped me throughout the years.”